« Back to all articles

Post War Perth development was dominated by modernist design and a desire to forge a new path by shedding the colonial past. Perth wanted to show the world it was growing up. In a similar fashion to many cities, this translated to the widespread demolition of heritage buildings. The past cannot have happened if there is no physical reminder? 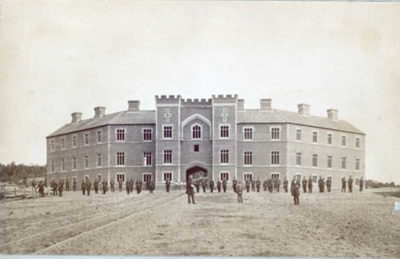 By the 1960’s, the 1860’s built barracks were vacant and considered obsolete. What was the point of retaining military barracks when it could be demolished to make way for the Mitchell Freeway, which would comfortably move hundreds of thousands of people seamlessly to the suburbs?

Public sentiment of the day ranged from extreme anger towards politicians who commissioned the demolition, to praise and optimism for the decades ahead.

Much has been written on the legacy impact on the city and a canyon between downtown and the undeniable gem of the city, Kings Park. From colonial days, the hill ways logged and quarried and when it was declared off-limits to axes, it took its place as a victory to long-term vision.

In the lead up to the 200th anniversary of the English social experiment dubbed “The Swan River Colony”, it is looking like there will be a public works installation to acknowledge the events that took place on Whadjuk soil.

The Barracks was built to house the military, which were officially called “The Pensioner Guard”. Think of the definition of the name. Pensioners. Scots and English, generally too old for combat, but were put on half pay, sent to Perth given and a block of land, to guard a colony of mostly non-violent convicts. Every colonial immigrant family was promised a generous block of land too. The more assets you bring, the more land you get. Perth was a property development, pure and simple. At the centre of this was governance made-up-on-the-go, which resulted in a textbook failure.

Affected most by these events were an unknown population of Whadjuk. Some say just 12 extended families in the Swan River Region. It would be 1967 before we could have any actual data.

Central to an ancient culture was Kings Park, Karrakatta, Mt Eliza, call it what you will, it was the hill above the river. In the implementation of post war development, a road took away a link going back 40 odd thousand years. 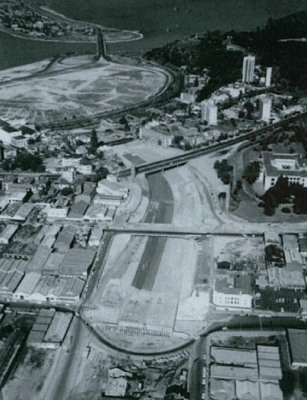 If the state is looking to acknowledge the 200th anniversary of the events that took place with the arrival of white fellas, I would suggest building a bridge over the freeway, connecting the land and providing a link back to the people. Would it not tick a number of boxes?

Bicentenary project? What better metaphor than a bridge?